In this session we’ll discuss how to enable continuous delivery of machine learning to production using Git based ML pipelines (Github Actions) with hosted training and model serving environments.  We’ll touch upon how to leverage Git to solve rigorous MLOps needs:  automating workflows, reviewing models, storing versioned models as artifacts, and running CI/CD for ML.  We’ll cover how to enable controlled collaboration across ML teams using Git review processes and how to implement an MLOps solution based on available open-source tools and hosted ML platforms.  The session will include a live demo. 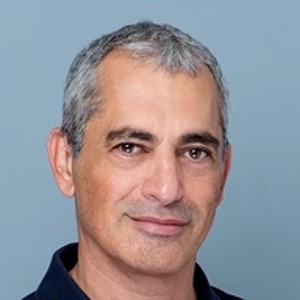 Yaron Haviv is a serial entrepreneur who has been applying his deep technological experience in data, cloud, AI and networking to leading startups and enterprise companies since the late 1990s. As the co-founder and CTO of Iguazio, Yaron drives the strategy for the company’s data science platform and leads the shift towards real-time AI. He also initiated and built Nuclio, a leading open source serverless platform with over 3,400 Github stars and MLRun, Iguazio’s open source MLOps orchestration framework.

Prior to co-founding Iguazio in 2014, Yaron was the Vice President of Datacenter Solutions at Mellanox (now NVIDIA), where he led technology innovation, software development and solution integrations. He was also the CTO and Vice President of R&D at Voltaire, a high-performance computing, IO and networking company which floated on the NYSE in 2007. Yaron is an active contributor to the CNCF  Working Group and was one of the foundation’s first members. He presents at major industry events and writes tech content for leading publications including TheNewStack, Hackernoon, DZone, Towards Data Science and more.