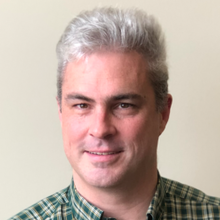 Michael W. Mahoney is at the University of California at Berkeley in the Department of Statistics and at the International Computer Science Institute (ICSI). He is also an Amazon Scholar as well as a faculty scientist at the Lawrence Berkeley National Laboratory. He works on algorithmic and statistical aspects of modern large-scale data analysis. Much of his recent research has focused on large-scale machine learning, including randomised matrix algorithms and randomised numerical linear algebra, geometric network analysis tools for structure extraction in large informatics graphs, scalable implicit regularisation methods, computational methods for neural network analysis, physics informed machine learning, and applications in genetics, astronomy, medical imaging, social network analysis, and internet data analysis. He received his PhD from Yale University with a dissertation in computational statistical mechanics, and he has worked and taught at Yale University in the mathematics department, at Yahoo Research, and at Stanford University in the mathematics department. Among other things, he is on the national advisory committee of the Statistical and Applied Mathematical Sciences Institute (SAMSI), he was on the National Research Council's Committee on the Analysis of Massive Data, he organised the Simons Institute's fall 2013 and 2018 programs on the foundations of data science, he ran the Park City Mathematics Institute's 2016 PCMI Summer Session on The Mathematics of Data, and he runs the biennial MMDS Workshops on Algorithms for Modern Massive Data Sets. He is the Director of the NSF/TRIPODS-funded FODA (Foundations of Data Analysis) Institute at UC Berkeley.
Register Now